Posted at 15:38h in Tax Resolution Times by Marissa Adler

Inside this edition: The IRS Breaks Up Phone Scam Ring That Stole Hundreds of Millions of Dollars, Presidential Tax Facts, A Bit of Humor, Virginia Couple Tries to Outsmart the IRS and Gets Caught, Question & Answer, For the Foodies … Chocolate Avocado Cookies

Jeffrey Schneider, EA, CTRS, NTPIF
Tax Controversy Specialist, Lecturer
Author of Now What? I Got a Tax Notice
from the IRS. Help! 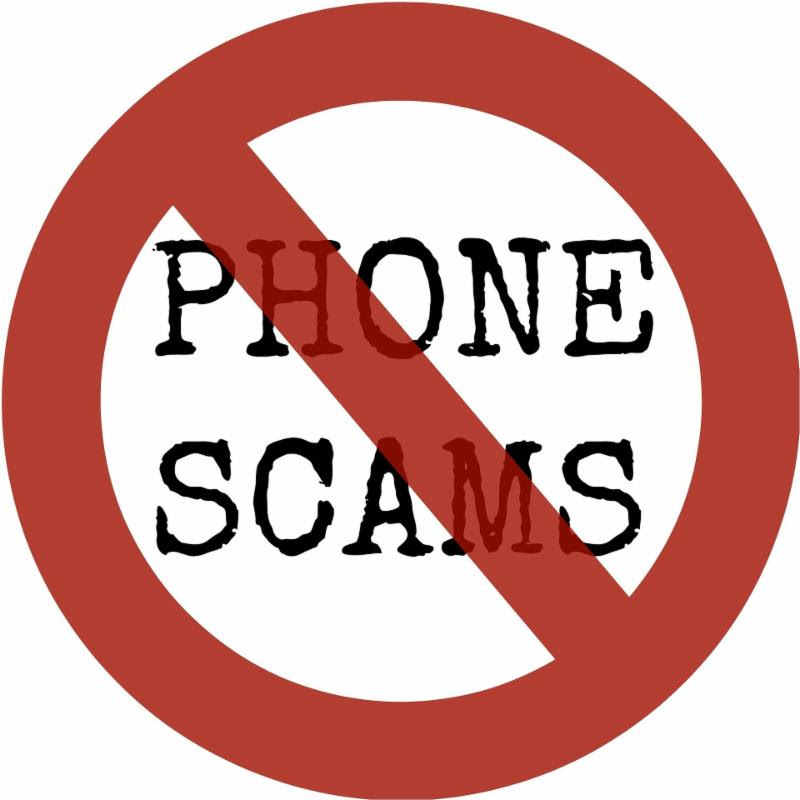 After years of investigative work by the Justice Department and other governmental agencies, 21 individuals were sentenced in July 2018 for defrauding over 15,000 victims from 2012 to 2016 in an elaborate phone scam operation. Indictments were also issued to 32 conspirators located in India.

The scam worked like this: A person posing as an IRS or immigration official would phone the victim through call centers in India and would threaten them with arrest, deportation or other penalties if the victims did not pay their “debts” immediately with prepaid cards or wire transfers. The call centers would then turn the information over to a network of “runners” based in the US who used the cards to purchase money orders that were then deposited to a bank account.

Examples of victims include an 85- year old woman in San Diego paid $12,300 to people claiming to be IRS employees who threatened her with arrest for tax violations, and a New Hampshire woman was told to pay the IRS $3,980 in debit cards as the caller ID showed up as “U.S. Government.”

The longest prison sentences include three men; Miteshkumar Patel of IL, who received a sentence of 20 years in prison, Hardik Patel also of IL, was given 15 years and Sunny Joshi of TX was sentenced to 12 years in prison. 22 of the defendants were also ordered to pay the victims restitution of $8.9 million and judgments of over $72 .9 million.

The defendants from India have not been arraigned yet. 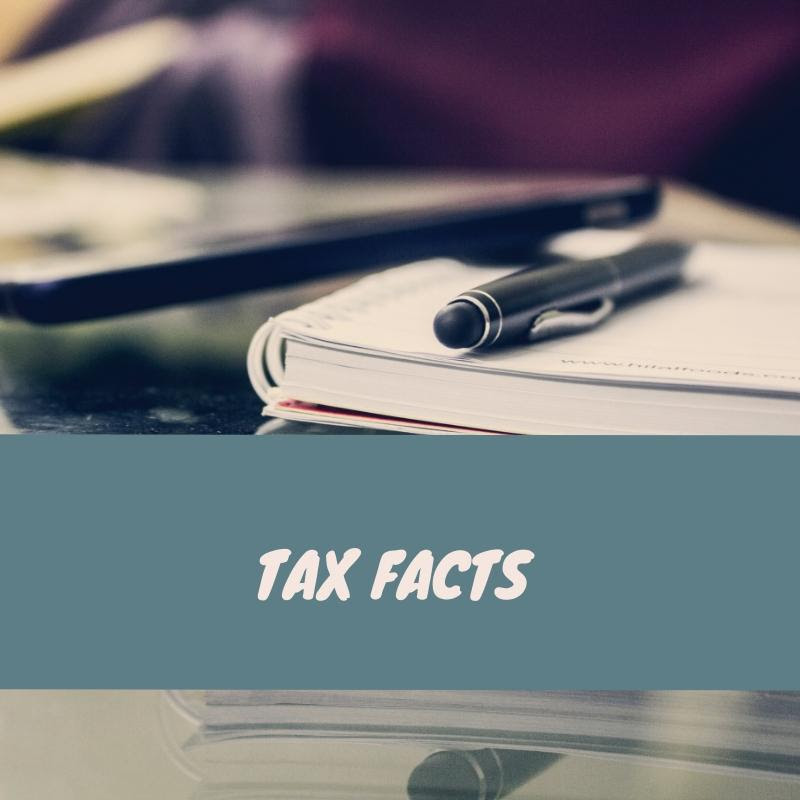 A Bit of Humor…

“When it comes to taxes, there are two types of people. There are those that get it done early, also know as psychopaths, and the rest of us.” 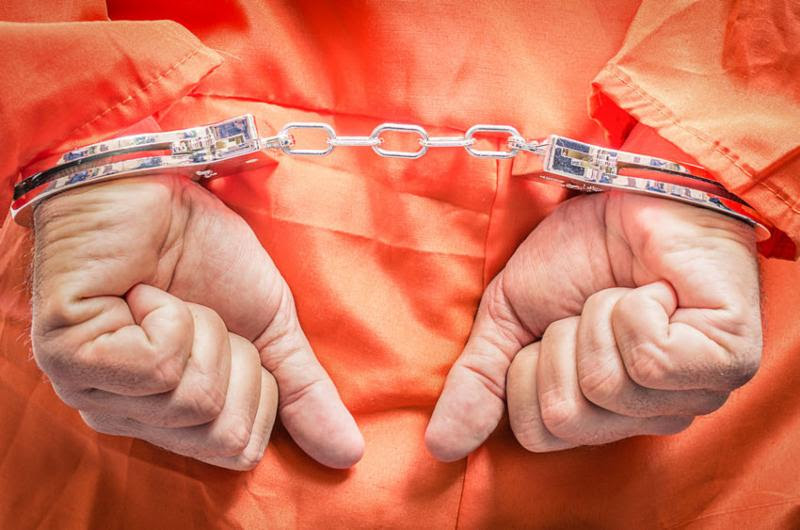 Barry and Joan Edwards, from Concord, VA, who were convicted on one count of filing a fraudulent tax return, and one count of conspiring to structure cash transactions, were sentenced to prison time.

It was shown in court that the Edwards created two false religious missions in 2006, which they used as nominees to receive income from nutritional supplement sales. The earnings were deposited into bank accounts held in the nominee’s name. The couple withdrew more than $475,000 in increments of less than $10,000 to evade bank-reporting requirements. The Edwards used the funds to pay personal expenses such as car payments, tuition and paid cash for a five-acre farm. They also filed fraudulent tax returns from 2013 to 2015 in which they did not fully report their income.

While the government was investigating her false claim on her returns from Tuition Assistance, receiving $4,000 for tuition reimbursement for classes she did not take, Aleykina lied to the agents requesting her laptop by claiming she did not know where it was but began deleting files from the computer after the agents left.

It’s estimated that the loss to the IRS is more than $60,000. Sentencing will be in September 2018 where she could face three years in prison for each count of filing a false return, 10 years in prison for theft of government funds, 20 years for obstruction of justice.

If you have an IRS issue, or just want to refer a friend, relative or client, I’d love to hear from you. I can provide a no-obligation, confidential consultation to help you solve your IRS problems.

Thank you for your kind words

Jeff and his staff have helped our family through our tax troubles in the past. And I know he’ll continue in the future.

Question: I owe back taxes and am not sure how to resolve this issue, and I’m panicking. What should I do?
Answer: If you owe back taxes to the IRS, some amount of panic is understandable. After all, the Internal Revenue Service has the power of the federal government in its corner, something no other debt collector can claim. They are considered the most brutal collection agency on the planet. It is easy to freeze up and just do nothing when you owe back taxes to the IRS, but hiding from, or doing nothing about your tax debt will not make it go away. In fact, ignoring the taxes you owe will only make the situation worse, since interest and penalties can add up.
You also risk having your paycheck garnished (the IRS does need a court order to do this), or your bank account levied. The IRS can also file a Notice of Federal Tax Lienmaking it all but impossible to obtain financing for a car or home. So instead of panicking about your tax debt and hoping the problem will go away, you need to take some proactive steps. Now is not the time to panic and hide – now is the time to start taking action. Some of these steps you can do on your own if you’d like, while others will likely require the intervention of an experienced tax resolution expert. There are some proactive steps you can take to get a handle on your tax debt.

The low carb/keto diet can become very dull and unappealing after you have been on it for a while. While you are eating high fat and protein one can find themselves missing snacks and desserts.
Jeff loves his sweets, so I just pinned a bunch of desserts and other recipes to our Pinterest board, It’s all about the carbs for Jeff! I intend to help him stifle the cravings with tasty low carb goodies.
Please don’t be fooled by the use of avocado, it made the cookie fudgy and decadent, and there is no residual taste of the fruit. All you taste is chocolate. I made this cookie last weekend and will be making another batch any day now as they are outstanding. I used almond butter, and instead of liquid sweetener, I used the dry stevia.
These cookies are worth baking.

I hope you enjoy this recipe.

Find the recipe on the SFS Tax Problem Solution Pinterest page along with other pins and videos.

Check Out Our Socials